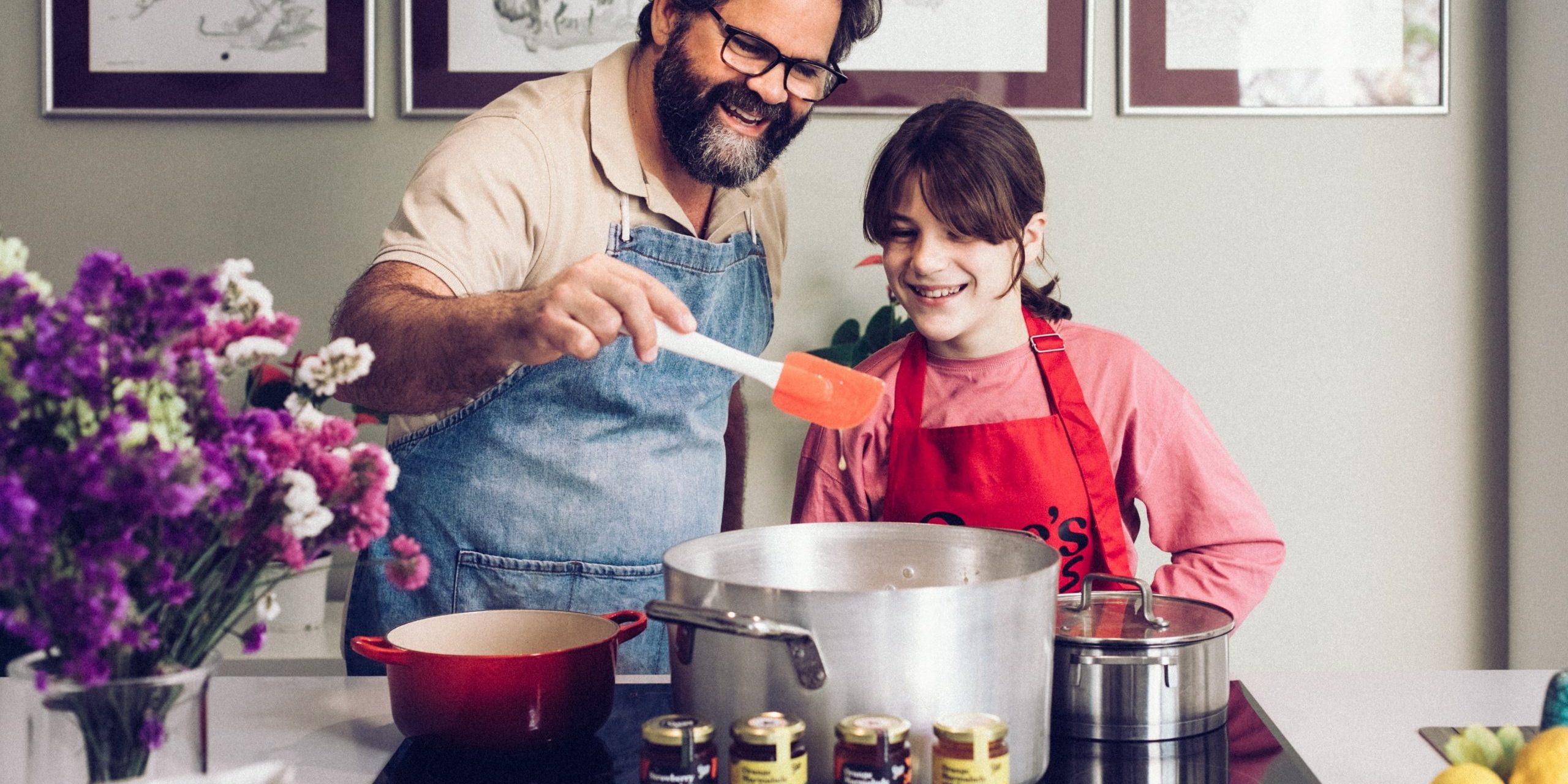 Gerald Strickland is putting his preserving skills to charitable uses

When Gerald Strickland makes his way to the Pitkali fruit and vegetable market – to source natural, local ingredients for his artisan jams and marmalades – he is often greeted by farmers who announce: “Ġie tal-ġamm” (the jam man has arrived).

“I’ve become known as tal-ġamm amongst farmers. Who would have ever thought?  This has been a wonderful thing. I’ve engaged backwards into the food chain with the people who grow our food. I ended up with fantastic experiences with farmers,” says Gerald.

This passion has its roots way back. “I was always interested in food preservation. Having spent five years in the British Army – between the ages of 18 and 23 – I was often out in the open air for days on end and was interested in how food could be preserved over time,” recalls Gerald.

After his army days, Gerald moved on to become a lobbyist and spent 15 years living and working in Brussels for large European lighting companies including Philips, Osram and General Electric. His role was to ensure that resources in the lighting industry were used efficiently to avoid waste.

“From a young age, professionally I was exposed to the concept of reduce, reuse, recycle. This concept has transferred itself to food now,” he says.

This shift to food – something he confesses he always loved, which is why he is a River Cottage trained cook and a licensed food handler – started slowly in 2012 when he moved back to Malta with his wife Becky and three children George, Tomas and Emma. He started to notice a lot of the bitter-tasting Seville oranges around the island “being allowed to rot”.

“Nobody picked them. But how fantastic is it that when the orange season is over, you can still eat a locally produced citrus-based product? Of course the fact that we now live in a globalised world means that many feel the skills of food preservation are no longer needed as you can easily get fruit out of season,” he says.

But something deep down still urged him to try to develop those skills. “I combined my love for food with the love for preserving natural ingredients and this took me down a massive rabbit hole. I’m still down there.”

Gerald decided to cobble together a few recipes, starting with marmalade followed by a strawberry preserve.  He initially passed them round family members and close friends who loved them. Then, in 2018, he entered his Gin & Tonic Marmalade and his Seville Orange and Lemon Marmalade into The World’s Original Marmalade Awards competition in the UK and was awarded Gold and Silver. This gave him the push, the validation, he needed to take things forward.

He set up Gee’s Jams and has since been innovating his recipes, collecting medals along the way.

His creations include but are not limited to an Irish Whisky Marmalade and an Aperol and Prosecco Marmalade. He recently launched a herb, essential oil marmalade and one with homemade limoncello.

The next step for Gerald is to give back. He picked the Foodbank Lifeline Foundation that helps people struggling to find money for food. Gee’s Jams  and the Foodbank Lifeline Foundation have launched a limited edition of homemade marmalade and strawberry jam, aptly named HOPE, after the Foodbank’s motto: Helping Other People Eat. Gee’s Jams has pledged to donate half of the proceeds from the sale of the HOPE range towards a fundraising campaign to support this voluntary organisation.

Find out more by visiting geesjams.com

The Foodbank Lifeline Foundation, initially established in 2015, helps people affected by homelessness, illness, low income and social benefit delays. It does this by providing food for a period of up to six weeks, allowing time for more permanent solutions to be found.

Due to the COVID-19 pandemic, the number of individuals and families finding themselves in a crisis situation has grown. In turn this has put a great deal of pressure on the foundation to be able to keep up with demand and ensure that no person should suffer the indignity of hunger.

To make sure the foundation helps those who are really in need, they only offer support to people who have been referred by recognised agencies that work with the vulnerable. The foundation provides non-perishable emergency seven-day food packs, including canned food, cereals, pasta, sauces and rice, always as nutritionally balanced as possible.  This takes a lot of organising and planning which is carried out by dedicated volunteers.